I had a nuclear stress test on March 9. I had never had one before. I had only heard what different people had to say, but I did know that not everyone's is the same for the most part.

Mine was for my heart because of my heartbeat getting out of whack when I was in the hospital. If you remember, it had to be shocked (TWICE) right before I came home.

I was on 2 medications for a while, and then cut down to one. When I went back in Feb., they took me off the meds and put me on one baby aspirin everyday.

My stress test was good, and I am so glad. Of course, after waiting 2 weeks to find out the results I kind of figured it was good, or surely they would have called me before now.

I don't have to go back for one year. So praise God for another blessing. Now I just have to deal with the shoulder problem.

Hugs to all
Posted by ShirleyC at 10:08 AM No comments:

A Year Ago Today My Life Changed Forever...

One year ago today was when I had my tongue biopsy, and they found out it was CANCER. The "C" word. The gosh awful "C" word. No one, no family ever wants to hear that word, but through the years our family and our friends have heard that word more times than we like to think about.

We always think in the back of our minds, "Well, they smoked, or they drank, or it runs in the family." NOT SO here. I've never smoked, never drank, and I only know of one cousin that's had cancer on my side of the family. The doctors said my chances were about in the 4th percentile.

Four percentile! and it hits my tongue, of all places! Thank goodness I had been watching those little white spots on my tongue for about 5 years. I'd had several biopsies, and was always kind of worried, but really it didn't worry me a whole lot. Then they started getting more sore and more sensitive, so I went in for a checkup.

That's when Dr. Ghali told me to come back and he wanted to "put me under" and go deeper. I think I kind of knew from the look on his face that he "knew".
I will never forget the look of my family's faces when I woke up and asked if everything was ok.

I went back to school until May 2. At least it helped to keep my mind of off myself. I had several test run before and during surgery, and nothing else was found - Thank God!

Then when they took half my tongue and sent it to the lab along with the 50 lymph nodes, there was no cancer beyond that, and I didn't have to take chemo or rediation. Praise God! I don't think I could have gone back to teaching if I'd had to endure that also.

Well, most of you know the story, but some don't. I know I was very lucky and so many people don't have the hope that I had. Cancer can strike at any time, and all we can do is deal with it, and pray, pray hard that it will respond to the meds. I had wonderful doctors and a wonderful family that pulled me through when I thought I couldn't face another day. They gave me a reason, and they gave me hope. I am so thankful for everyone that helped me along the way. I had people praying for me all over the world, and that means so much. I still have people on the internet who check on me that I've never met or talked to in person.

So let me say Thanks Again to all of you that prayed for me, and that followed my story. I love you all, and I pray none of you ever have to face the "C" word, and if you have already, I pray you have many wonderful and caring friends and family to help you through each day.

What makes my heart sing!! 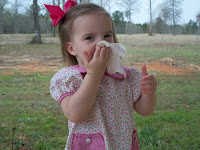 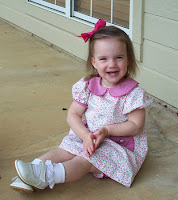 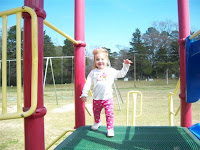 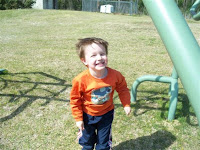 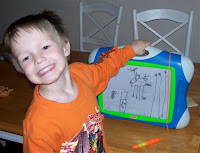 I'm just mostly putting pictures here because this is what today's entry is about. I wish a camera could capture all of the cute faces and things they say.

Cayden is 4 and he wants to investigate everything by interrogating everyone until he gets the answers he needs. Now a lot of things he figures out on his own, and that's when we have the most fun watching his face while his brain is doing the work.
For instance, Emily told him to clean up his toys before they came down last Wednesday, and he quickly told her "Why do I have to pick up my toys? Mimi and Paw Paw aren't coming here?" After being here, and playing in the back yard for a while in his favorite tree, he slipped and skinned his belly. He told me that we needed to buy them some toys to play with outside. So PawPaw, that's your job.
To me, as a former teacher, his art is amazing. He notices so many little details whereas most kids his age just scribble. He has learned a lot in daycare, but Mimi still thinks he is a little beyond his years. He has been drawing since he could stand in front of an easel with chalk.
Now Miss Shelby - totally opposite. She is all girl, but she does love to play outside. She has really come into her own personality the last few weeks and surprised us all with some of the things she's doing. She's even smiling and speaking to people in restaurants and at the doctor's office. She got into a fight with a little boy at Toy Fair the other day over a riding toy. She normally only does that with Cayden. I guess she's testing her territory.
So if those that read this haven't had the grandparent experience yet, I hope God is good and you get to enjoy such special times.
If you're wondering about Clayton and Bubba, they will be coming up on their own special page. I need some pics of Clayton. He slips in and out and we forget to get pics, but it will happen. We are also proud of them.
Posted by ShirleyC at 11:49 AM No comments: